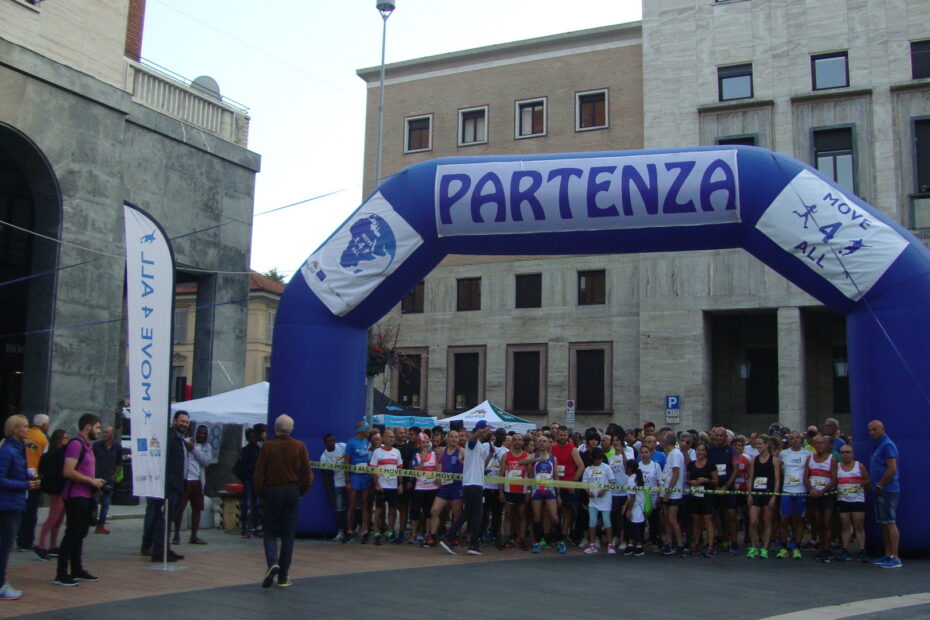 Move 4 All is a an initiative conceived, designed and implemented by Social Business Earth for Ballafon Social Cooperative in 2018, thanks to the co-financing of the European Union’s grant “Sport as a Tool for the Integration and Social Inclusion of Refugees”. SBE is a consultant for Ballafon and designs sustainable projects for them to foster social inclusion.

Sports must be accessible to everybody, it must be healthy and safe, fair and tolerant. It must be built on high ethical values and be capable of fostering personal self-fulfilment at all levels. Last but not least sports should always be respectful of the environment and protective of human dignity. Sports is a way to keep fit and create a healthy lifestyle and also a tool to overcome negative trends such as violence, aggression and discrimination.

Marginalization often occurs as a main manifestation of intolerance and exclusion. Both are frequent in places where two or more ethnic, linguistic, religious or cultural groups coexist, without being integrated or mixed in a community.

Acquiring a sense of belonging and social inclusion are interlinked areas where foreign born tend to have difficulties. The project has addressed all these needs, allowing migrants involved to have a better chance to establish long-term relationships with host country nationals and integrate. From our surveys it emerged that participants were generally very happy about our events.

The 5-km run had a total number of 313 registered participants of which 82 were competitive and 231 were non-competitive. The football tournament involved 12 teams of 10 players each of 20 different nationalities.

The Move 4 All football tournament and 5 km run both received a substantial coverage in local media such as the Prealpina newspaper which has a circulation of 28,000 copies daily and the online platform VareseNews which has 200,000 visitors per day. Direct impact of the events in the local community was several thousand people (at least 6,000 including audience, participants and players) and saw the attendance of several journalists, public officials migrants and many local citizens. Determination and competitiveness among all 120 players of the football tournament were high, but correctness and sportiness have prevailed over personal interests. A spirit of fairplay and common sense were a constant element during the tournament. Values of social integration and inclusion, equality, understanding and openness have been shared by all the people involved in the two events (football tournament and run). Overall, we were very pleased with the development and the success of our initiatives. For more info: https://www.move4all.eu/en/